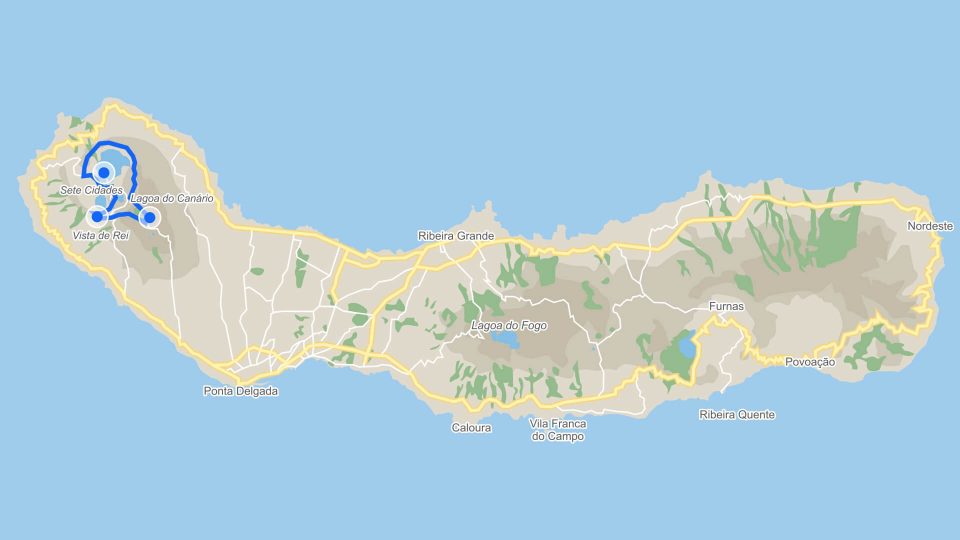 The Lagoa das Sete Cidades is one of the most famous places in the Azores Archipelago.

Lagoa das Sete Cidades, “Lagoon of the Seven Cities” is a twin lake situated in the crater of a dormant volcano on the Portuguese archipelago of the Azores. It consists of two small, ecologically different lakes connected by a narrow strait, which is crossed by a bridge. The volcano is located on the western third of the island of São Miguel. The Lagoa das Sete Cidades part of a natural landscape of communitarian interest: it is the largest body of water in the region and one of the most important freshwater resources in the archipelago.

This viewpoint is one of the most crowded places on the island and draws its visitors glimpses of such beauty.

If on one side reigns the excellence of one of the most known landscapes of the Island of San Miguel, on the other one can not fail to notice the old Hotel Monte Palace now abandoned. Closed in 1990, this 5 star resort is today just a set of walls waiting for an uncertain future.

The Lagoa do Canário is a lagoon located on the Azorean island of São Miguel, Azores archipelago, and is related to the volcanic formation of the Seven Cities Massif.

This lagoon is located in the Devassa Mountains housed in a volcanic crater. Its elevation in relation to the sea level is at 800 meters of altitude and is surrounded by forests typical of Macaronesia and plantations of criptomérias. Near this lagoon is the Mirador of the Lagoon of the Canary.